If you have ever entered a search into Google looking for the best pressure cookers on the market, then there is a good chance that you have come across the name "Elite" before. A product of "Zavor," Elite pressure cookers are some of the most sought after in the country for one primary reason: they are produced by people who know what they are doing.

The team that started Zavor used to belong to another favored brand on the market called "Fagor." This is a team that has a rich history of designing and producing reliable pressure cookers that are not only efficient but also stylish, effective, and often affordable.

Although Elite Pressure Cookers have several entries to their brand name, the one that stands out the most is the Elite Platinum Pressure Cooker line. This series has several entries, all made using the same high standard of quality. If you were to choose an Elite pressure cooker, there is a good chance that you would end up with one from the Elite Platinum series. Here is why:

Even narrowing your options down to a single brand and then further down to a specific series within that brand doesn't make choosing the best pressure cooker any easier. That's why we have taken the initiative to try and simplify that process even further. 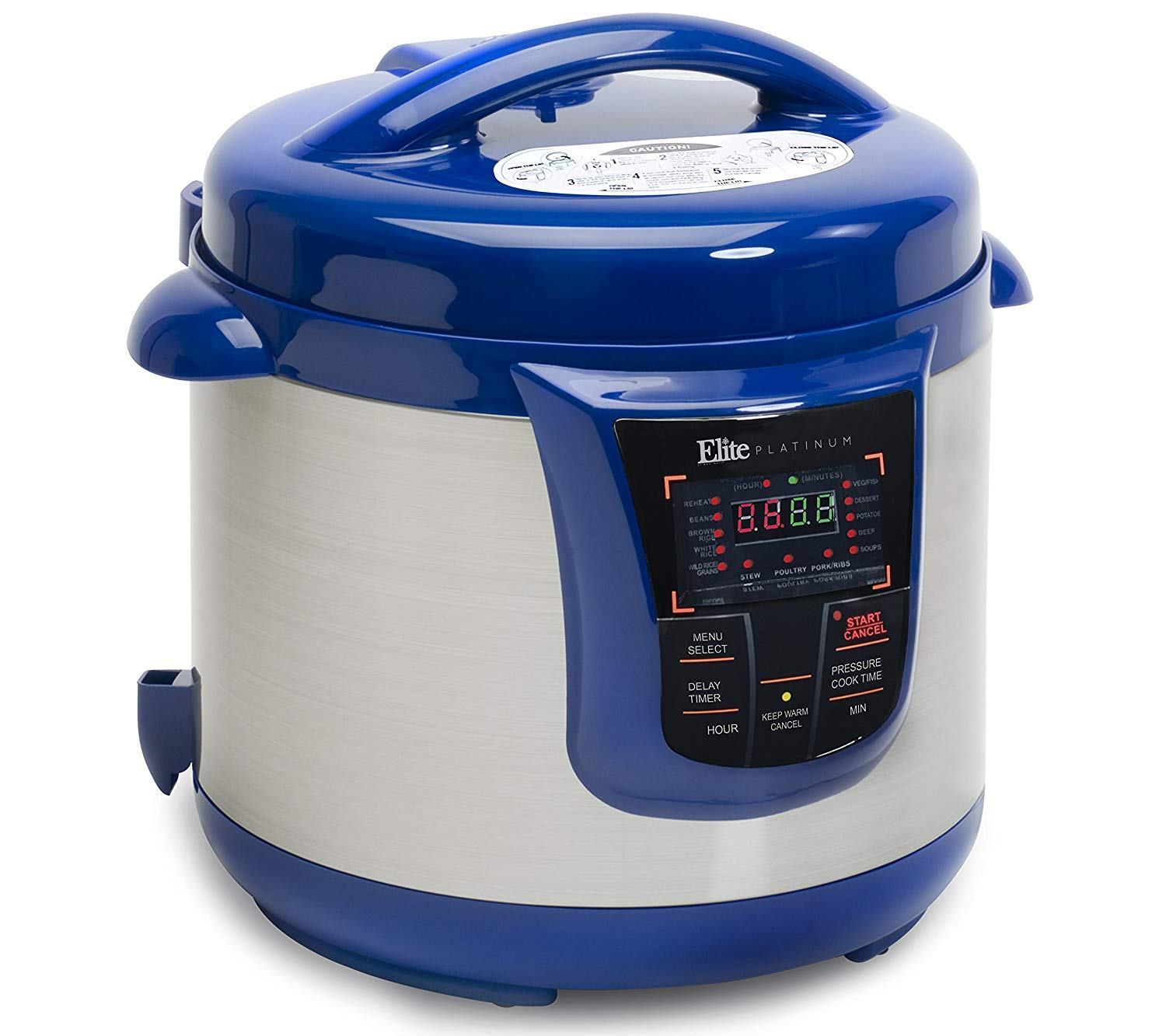 Our number one pick is the Elite Platinum 8 Quart 14-in-1 Multi-Use Programmable Pressure Cooker. This pressure cooker is like something from the future. It comes fully loaded with 14 pre-programmed cooking modes that can help you easily cook anything from meat, rice, vegetables and an assortment of soups as well as other delicacies.

Even though to the naked eye this pressure cooker seems as though it could be difficult to operate, it's actually much easier to use than you may think. One main reason for that is the fact that it has eight unique safety features that shield you from any harm including heat-resistant touch lids and handles. 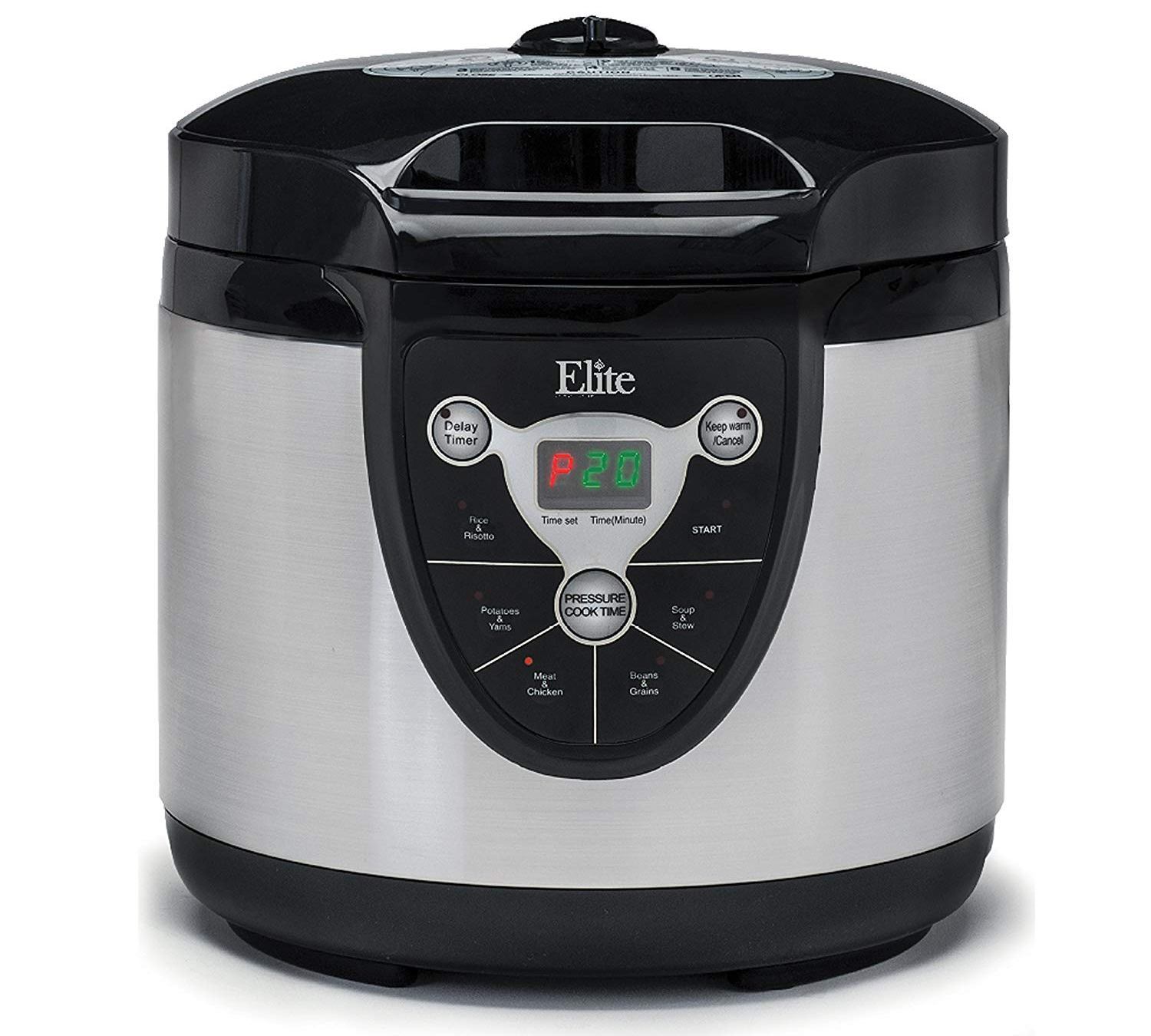 If 14 pre-programmed cooking modes is a bit much for you, then going for the Elite Platinum EPC-607 Maxi-Matic 6 Quart Electric Pressure Cooker is the right choice if you want to pick something a little less advanced. However, just because it's not as fancy as the Elite Platinum 8 Quart 14-in-1 Multi-Use Programmable Pressure Cooker doesn't mean that this installment is inferior in terms of quality and service delivery.

Even though it might be simplistic, this pressure cooker definitely punches above its weight class. 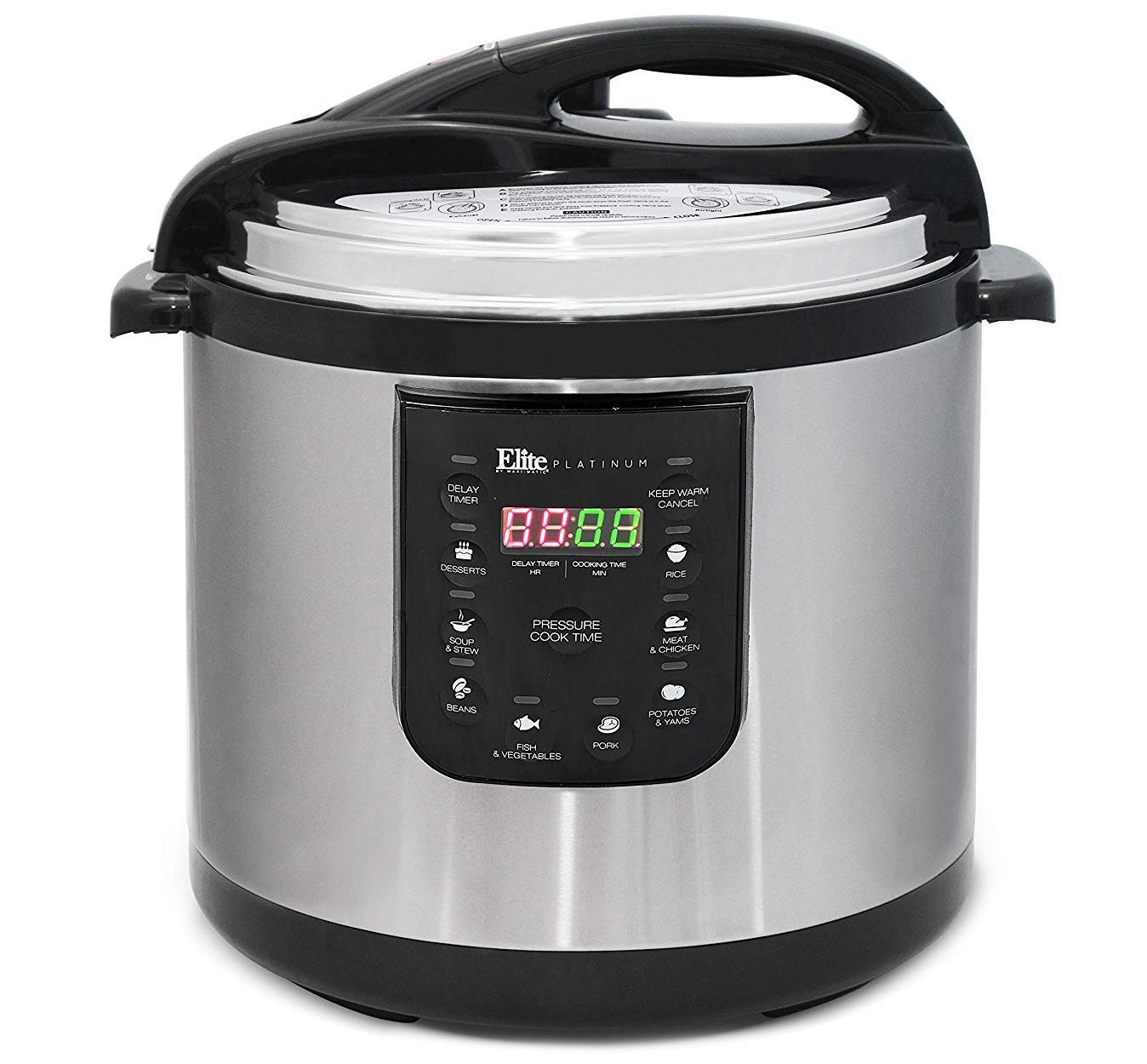 This model has a lot in common with the 14-in-1 installment of the series. This pressure cooker allows you to cook a variety of foods because it has eight pre-programmed modes. A rather handy feature of this model is that it has a timer that you can set to alert you when your meal is ready so you can go about your day without necessarily supervising it.

When it comes to pressure cookers, the Elite Platinum series is definitely one brand you want to consider. Not only are they easy to use but they are also quite advanced in terms of safety features and even size.

My 10 quart Elite Pressure Cooker burned and would have caught the house on fire if I had not been there.