What are Pressure Cookers and Crock pots?

To understand the differences between both appliances, you first need to know what they are. 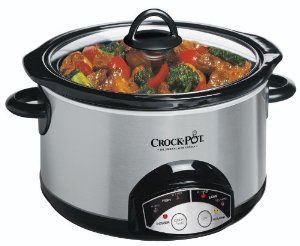 A crock pot looks like a pot, but has a dial on the front and an electrical cord coming from the back. Unlike a pot, it never goes on a stove. Instead, you plug it into an outlet. You place food in the slow cooker and can set it and forget it. Most foods get cooked for four hours or longer; some recipes even call for food to be cooked overnight. 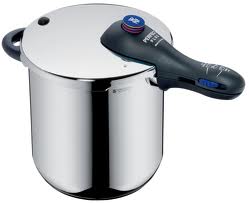 A pressure cooker also looks like a regular pot. Instead of having a regular lid, it has a lid with a clamp on it. Having a lid clamped on is what makes a pressure cooker work. It goes on the stove (though some can be plugged into an outlet) and air can’t go in or out of the pot, causing the steam inside to build up as the temperature rises. The steam has nowhere to go, so the pressure inside the pot rises. It’s this pressure that makes food cook very quickly. Pressure cookers can cook things in minutes.

There are a few key differences between crock pots and pressure cookers. Depending on your recipe and your needs, one might be better suited than the other for the job.

The lid is different

A crock pot, however, can be left unattended. You can plug it in and leave the house, which is a good thing when you consider the long cooking times.

Margin of error is smaller with pressure cookers

One of the biggest challenges to using a pressure cooker, as opposed to a crock pot, is that you can’t open up the lid to check on how the cooking process is going. Once the lid is open, that’s it. It’s easy to over or under-cook a meal if you don’t know what you’re doing.

With a crock pot, you can lift the lid to check on your food. You can even take out your meat to see if it’s ready. Crock pots give you a little more room for error because you can taste your food and add to it if you need to. That said, pressure cooker recipes are very accurate and it’s not hard to follow the recipe and get a great result.

You don’t need to use multiple pots and pans with crock pots or pressure cookers. It’s all done in one pot for an easy clean-up.

Liquid doesn’t need to be added

When you cook something on the stove, liquid evaporates. Often, you need to add water (or whatever the recipe calls for) to the pot. Crock pots and pressure cookers keep the liquid in the pot and don’t need to be messed with.

This is one fight that ends in a draw. Pressure cookers and crock pots are both incredible tools in the kitchen. The trick is using the right one for your recipe.

My recommended pressure cooker for beginners (and most users) is the Instant Pot IP-DUO60.​  I did a little research on amazon and these appear to be the best selling crock pots if you are in the market for one:

I look forward to reading your comments!