How Much Pressure in a Pressure Cooker

Pressure cookers have been around for a long time. However, for some people, the thought of using one is riddled with childhood memories of a whistling and squawking pressure-cooker followed by a loud explosion that sent the evening’s meal splattering all over the kitchen walls and ceiling. Anytime the pressure cooker was on the stove, it was a normal occurrence for kids to hurriedly scamper out of the kitchen in a quest to seek shelter in safer areas of the house.

Cooking technology has come a long way since then, and it has taken the risk out of using pressure cookers. They are now designed with numerous safety features that prevent excess pressure from building up which reduces the imminent danger of having to deal with a food explosion in your kitchen.

After all, the last thing you need to be thinking of during clean-up is adding your walls and ceiling to the list of things to do. This begs the question: How much pressure is in a pressure cooker? Can a pressure cooker explode? Here’s an in-depth look at the answers to those questions. 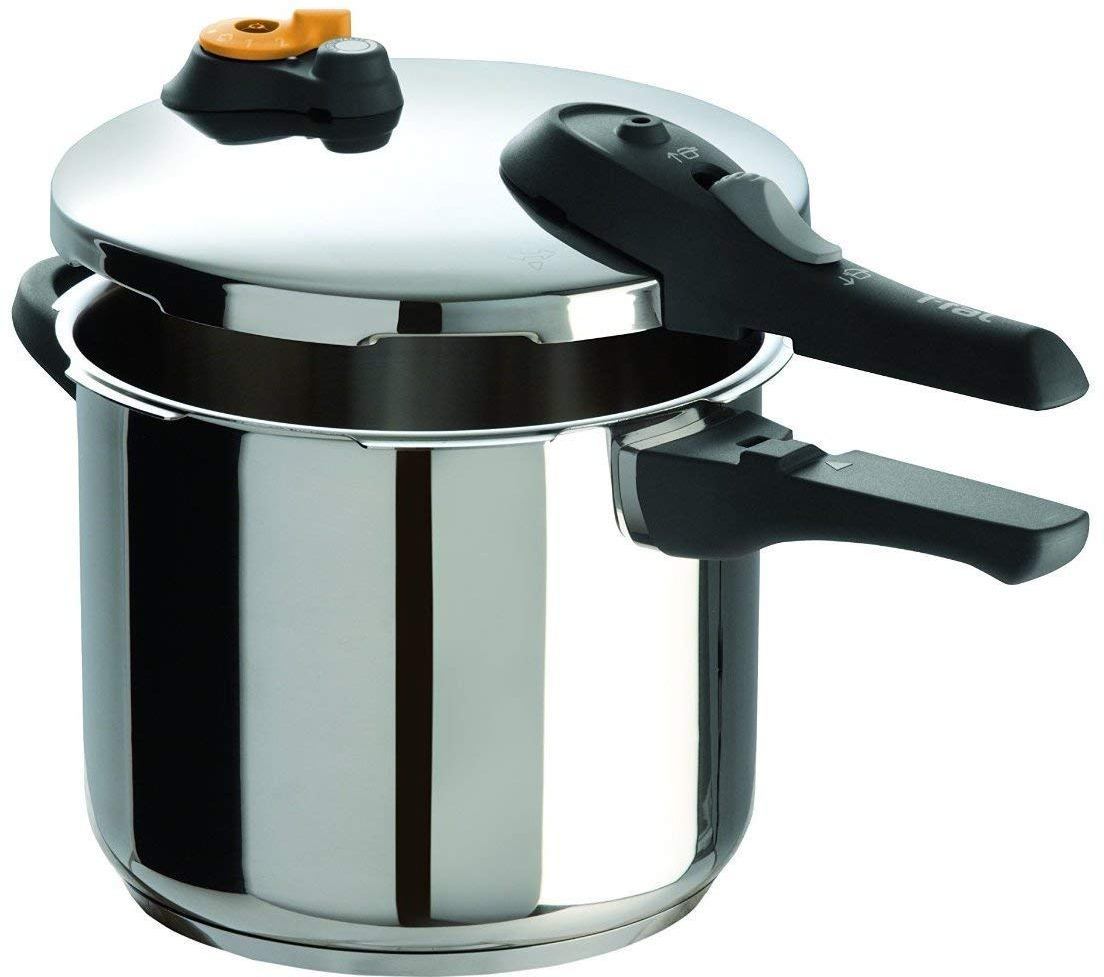 How Much Pressure Is in a Pressure Cooker

A pressure cooker essentially looks like a regular pot. However, it is made from heavy-duty material and comes with a modified lid that locks over a rubber gasket creating an airtight seal.

Its mechanism of action is fairly straightforward and works by increasing the temperature of the boiling water inside the pot by trapping all the steam that would ordinarily evaporate within the cauldron. It is therefore essential that any food getting cooked inside has to have some liquid to boil in to provide sufficient steam pressure.

The overall effect is that all this trapped steam increases the atmospheric pressure inside the cooker by 15 pounds above the normal sea-level pressure or 15 pounds per square inch (psi). This then causes the boiling point of water to increase from 212°F to 250°F. This higher temperature is what is ultimately responsible for reducing the time it takes to cook food.

As soon as the cooker reaches full pressure, a release valve on the lid opens to let the excess steam out. This happens in a regulated fashion so that the high temperatures within the pot can be maintained at a constant level. 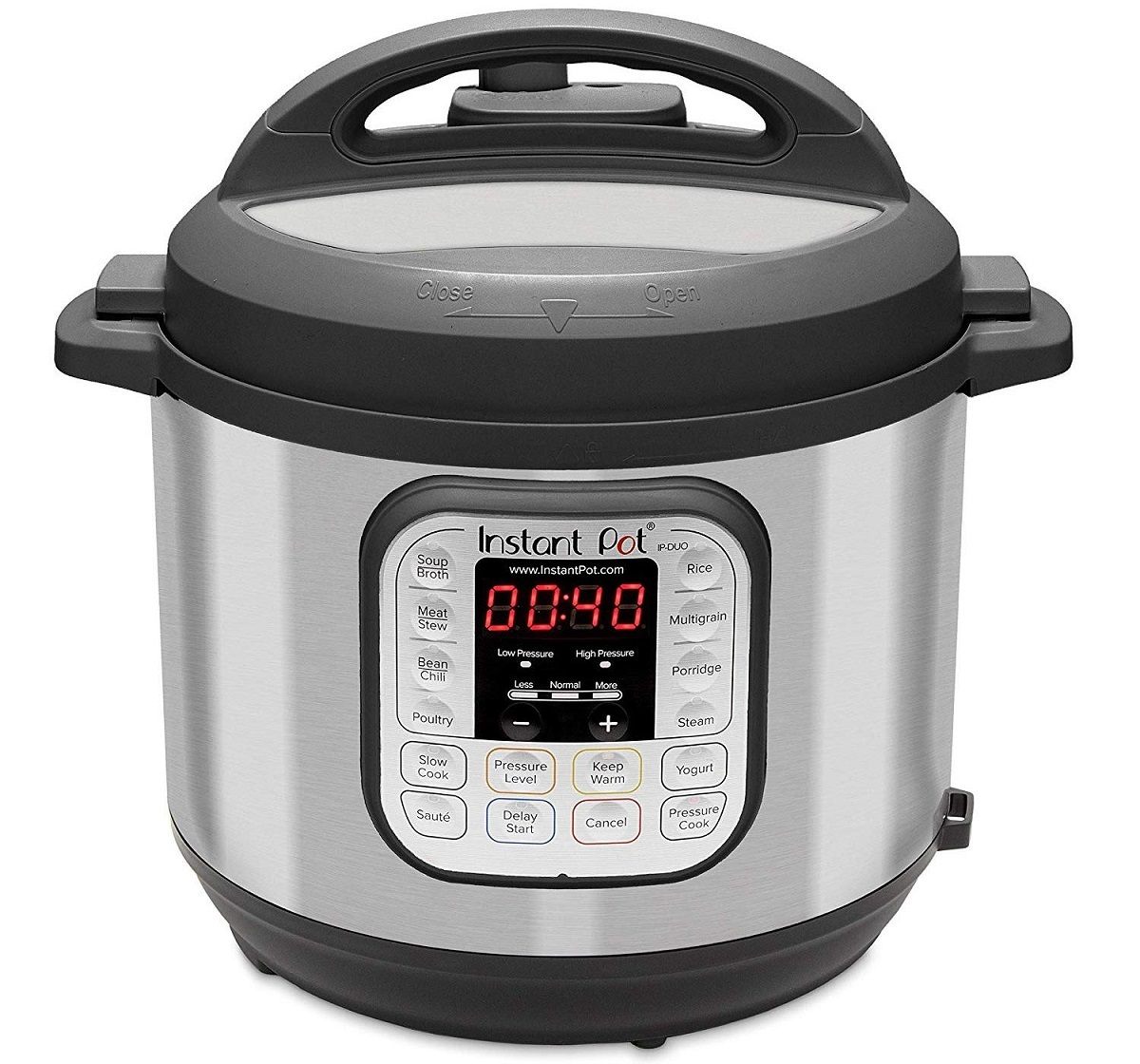 Types of Pressure Cookers and Their Respective Pressure Levels

First-generation cookers are the oldest type and had limited safety features. They had weight-modified valves that made a loud whistling noise when the pressure would get released from the pot. These had no mechanisms to regulate the pressure inside the pot and were generally preset at 15 psi.

In the second generation cookers, a spring valve was incorporated to replace the weight-modified valve that was present in first-generation cookers. Unlike their predecessors, these pressure cookers were designed with safety features and indicators to determine the pressure levels inside the pot.

Some models have pressure selector dials that allow individuals to select lower pressure settings of between 10 and 11 psi, which translates to about 235°F. Most of the stovetop pressure cookers like the T-Fal Stainless Steel Cooker you’ll find in the market right now are based on the second generation cookers. These are essentially a mix of traditional and modern designs.

The third generation consists of electric pressure cookers. Unlike their stovetop counterparts, they rely on electricity as their main source of heat. These have become a popular choice for many, given their superior technology, customizable settings, and numerous safety features built into them.

Many top brands, like the Instant Pot 6-QT Pressure Cooker, have pre-programmed microchips that allow you to use different settings for quick and easy steps for making your favorite meals. Others like the Instant Pot Duo Evo Plus are jam-packed with numerous automated features like dual pressure, as well as, timer settings which eliminate the need for constant supervision.

Different brands offer electric cookers with numerous settings to cater to the various cooking options available to users. However, regardless of the brand, three buttons are common to all of them.

These are labeled “pressure cook/manual,” “sauté,” and “keep warm.” Here’s what they mean in terms of regulating how much pressure is inside a pressure cooker.

This is the default pressure cooking setting used to cook most foods. The Instant Pot Duo Nova 7-in-1, for instance, comes with this feature. The pressure at this level usually ranges between 10.2 and 11.6 psi, which is equivalent to cooking temperatures of between 239 and 244°F. If this default setting is too high, you can reduce the pressure to around 5.8 to 7.2 psi which translates to between 229 and 233°F.

This feature is ideal for people who want to infuse a burst of roasted and caramelized flavor into their meats and veggies. You can also use this feature to simmer and thicken sauces after cooking.

Temperature ranges for this function can be anywhere between 275°F on the lower end of the spectrum and 410°F on the higher end. Sautéing food is done before you lock the lid for pressurization.

This setting keeps the pressure at around 5 and 7 psi, which is ideal for keeping your food warm without overcooking it. The Instant Pot Duo Crisp 11-in-1 has this feature and automatically activates when you reach the end of your cooking program. It can keep your food warm for up to 99 hours!

Pressure Cooking Has Never Been Safer

So, how much pressure is in a pressure cooker? Well, a whole lot. Nonetheless, modern-day pressure cookers are now fail-safe. All models usually have an overpressure plug or backup vent to release excess pressure in case it builds up to dangerously high levels.

However, it always helps to check the rubber gasket each time you’re about to use your cooker to ensure that it is flexible and free of cracks for a tight seal. Also, check to see that all the vents are free from obstruction to get the most out of your pressure cooking experience.